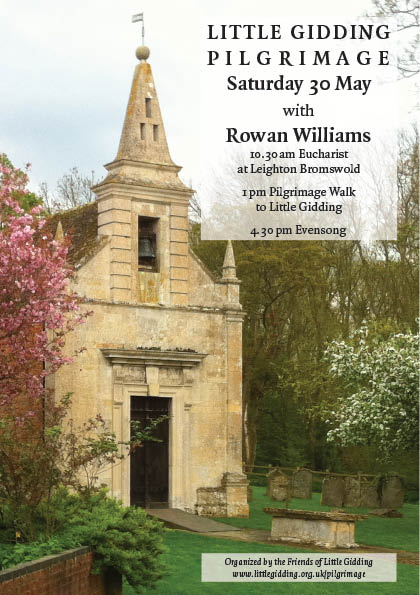 The 2015 Pilgrimage is on Saturday 30 May and the leader will be the Rt Revd Rowan Williams, the former Archbishop of Canterbury, now Lord Williams of Oystermouth and Master of Magdalene College, Cambridge.

Saturday 30 May, beginning at 10.30 am at Leighton Bromswold church. The Pilgrimage finishes at Little Gidding after Evensong with Tea at about 5.30 pm. See below for more details.

10.30 am: Pilgrimage Communion
at Leighton Bromswold Church
whose restoration was funded by George Herbert and directed by the Ferrars.
Bishop Rowan Williams presides.