The George Herbert Society held its triennial conference in Cambridge last week. Originally planned for 2020, but delayed for two years by the pandemic, the conference brings together academics and others with an interest in George Herbert to discuss and celebrate the life and work of the friend and contemporary of the Ferrar family. As part of the conference delegates made an excursion to Leighton Bromswold and Little Gidding. At Leighton Bromswold there was a lecture by Seamus Perry of Balliol College, Oxford, pictured below, on Herbert and his relation to more recent poets including Eliot, Auden, Empson, and Heaney. 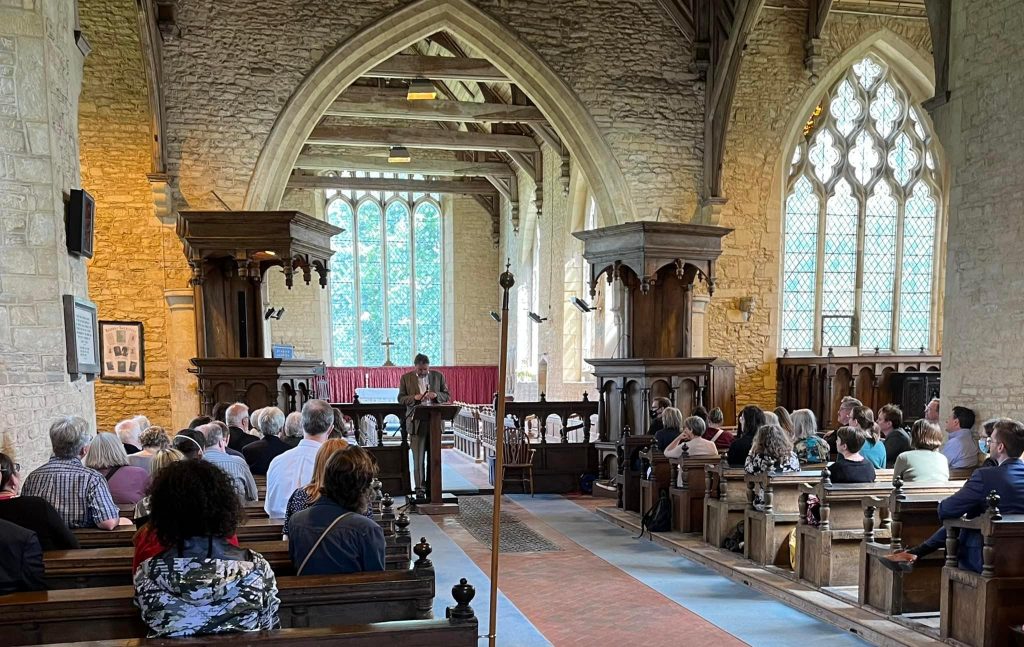 Afterwards, they moved on to Little Gidding for Tea at Ferrar House, to hear Eliot’s Little Gidding read by poet Greg Miller, and to have an opportunity to see and explore the church and site at Little Gidding, including the tomb of Nicholas Ferrar who had ensured the survival of Herbert’s poetry. Perhaps some of them will be able to return for the Pilgrimage and its walk from Leighton Bromswold to Little Gidding each May.